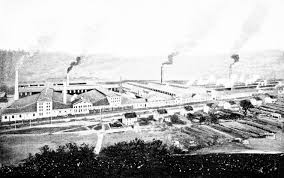 The term socio-technical was first introduced by the UK Tavistock Institute in the late 1950s to oppose Taylorism, the reducing of jobs to efficient elements on assembly lines in mills and factories (Porra & Hirschheim, 2007). Community level performance needs applied to the personal level gave work-place management ideas including:

2)   Minimize control. Give employees clear goals but let them decide how to achieve them.

3)   Local control. Let those with the problem change the system, not absent managers.

5)   Boundary innovation. Innovate at the boundaries, where work goes between groups.

6)   Transparency. Give information first to those it affects, e.g. give work rates to workers.

8)   Lead by example. As the Chinese say: “If a General takes an egg, his soldiers will loot a village.” Note that while Steve Jobs worked for $1 per year, many other CEOs take as much as they can get because being in charge means they can.

In computing it became a call for the ethical use of technology. This book extends that foundation, to apply social requirements to technology design as well as work design, because technologies now mediate social interactions.

During the industrial revolution, when the poet William Blake wrote of “dark satanic mills”, technology was seen by many as the heartless enemy of the human spirit. Yet people ran the factories that were enslaving people. The industrial revolution was the rich using the poor as they had always done, but machines let them do it better. Technology was the effect magnifier but not in itself good or evil. Today, we have largely rejected slavery but we embrace technology like the car or cell phone. Today technology is on the other side of the class war, as Twitter, Facebook and YouTube support the Arab spring. Yet the core socio-technical principle is still:

Just because you can, doesn’t mean you should

Socio-technical design puts social needs above technical wants. The argument is that human evolution involves social and technical progress in that order, e.g. today’s vehicles could not work on the road without today’s citizenry. Technology structures like cars also need social structures like road rules.

Social inventions like credit were as important in our evolution as technical inventions like cars. Global trade needs not only ships and aircraft to move goods around the world, but also people willing to do that. Today, online traders send millions of dollars to people they have not seen for goods they have not touched to arrive at times unspecified. A trader in the middle ages, or indeed in the early twentieth century, would have seen that as pure folly. What has changed is not just the technology but also the society. Today’s global markets work by social and technical support:

“To participate in a market economy, to be willing to ship goods to distant destinations and to invest in projects that will come to fruition or pay dividends only in the future, requires confidence, the confidence that ownership is secure and payment dependable. … knowing that if the other reneges, the state will step in…”  Mandelbaum, 2002: p272.