Occam’s razor, not to multiply causes unnecessarily, is the pruning hook of science but the standard model ignores it. Last century physical realism was a simple theory of mass, charge and spin but today it needs isospin, hypercharge, color, chirality, flavor and other esoteric features to work. The standard model needs sixty-two core particles, five invisible fields, sixteen charges and fourteen bosons to work (Table 4.6). It has so many ad-hoc parameters that if it were a machine, one would have to hand-set over two dozen knobs just right for it to light up. If physical realism is preferred today, it isn’t because of its simplicity. 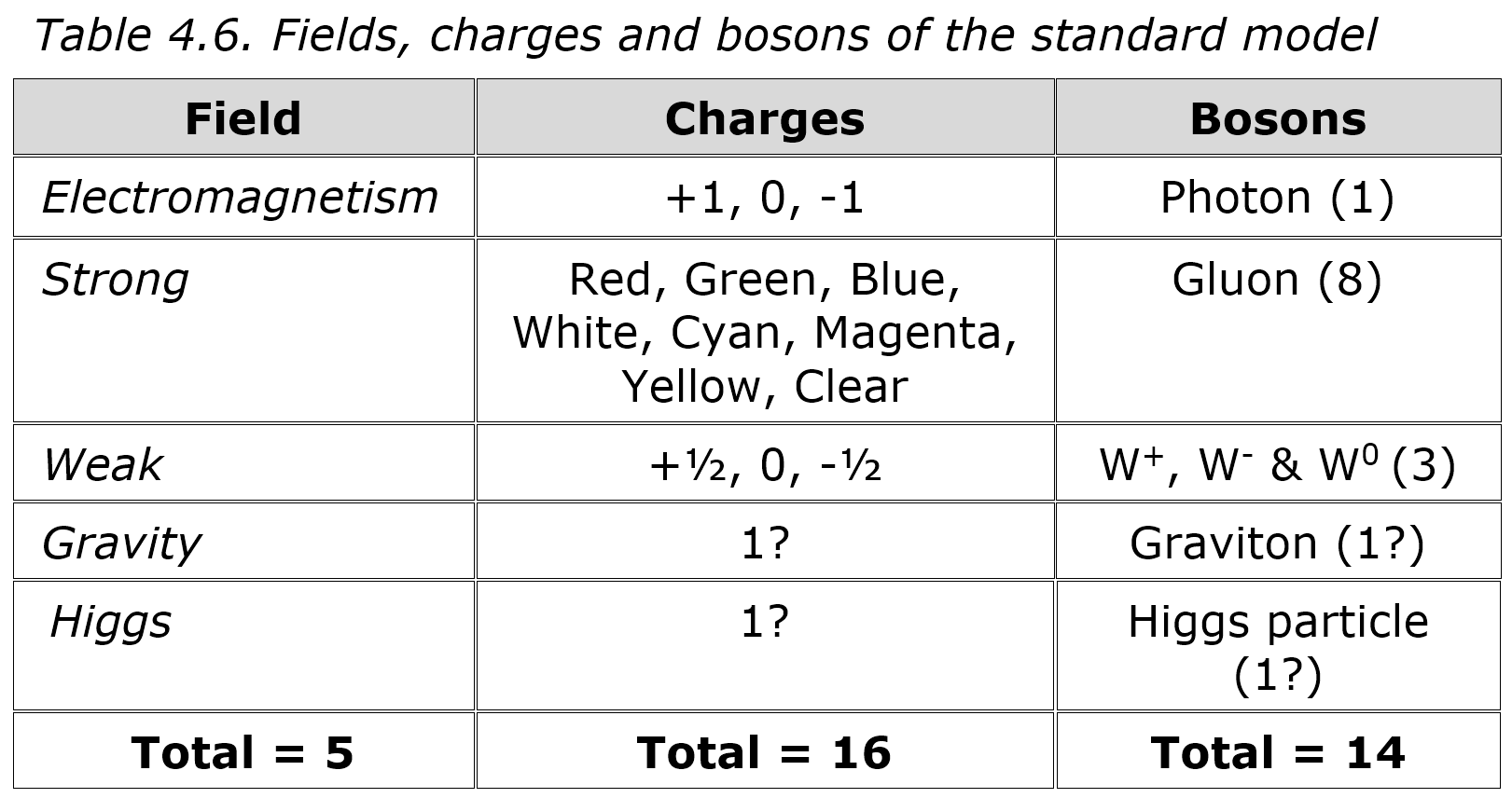 For this complexity one might expect completeness but the standard model doesn’t explain gravity, proton stability, the absence of anti-matter, quark charges, neutrino mass, neutrino spin, family generations, quantum randomness or why inflation occurred. Nor does it explain dark energy or dark matter, i.e. most of the universe. And with each new discovery it grows, so inflation needs a hypothetical symmetron field and neutrino mass needs another 7-8 arbitrary constants:

“To accommodate nonzero neutrino masses we must add new particles, with exotic properties, for which there’s no other motivation or evidence.” (Wilczek, 2008) p168.

The standard model grows on the data around it, as when it meets new facts it expands itself.