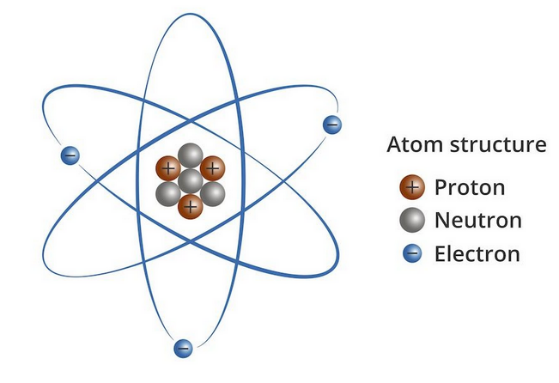 Over a hundred years ago, Rutherford’s model of the atom saw the atom as a nucleus of protons and neutrons around which electrons orbited, much as the planets orbit the sun. Then it was realized that if electron particles really did orbit atomic nuclei as planets orbit the sun, they would occasionally collide, but they never do. An atom of lead has 82 electrons whizzing around in close proximity but is stable for billions of years, so why do all those particles never meet? And a particle in orbit is accelerating, so it should lose energy and spiral inwards but again electrons never do this. Are the laws of physics different for electrons in an atom?

Apparently, electrons know Pauli’s exclusion rule that they can overlap like waves if they have different quantum numbers. The shell model lets electrons co-exist in “orbits” by quantum numbers that aren’t based on or compatible with any other physical laws. It is a classic case of backward logic, as quantum numbers were made up after the fact.

In quantum realism, an electron is one-dimensional matter so it is matter-like on one dimension but light-like on the other two, and its matter dimension is why it moves slower than light in space. In contrast, on a two-dimensional surface around an atom, it can be entirely light, i.e. entirely wavelike. A particle circling a center needs an agent to stop it falling in but wave can pulse forever on a circumference that matches its wavelength and it can’t spiral in because its wavelength has a minimum orbit circumference. It follows that if different electrons around an atom vibrate at different wavelengths and harmonics, they will never “collide” (see next section).

Electrons as matter-light hybrids lets an electron be a particle in space and a wave in an atom. It predicts that electrons move slower than light in three-dimensional space but pulsate in atoms at the speed of light.